Fashion week in Australia got us thinking about house fashions and trends that we love and hate.

Seemingly people love real estate fashion trends as much as they do clothes fashion. Homeowners have enjoyed expressing collective and personal creativity through their houses.

Melbournians led the national love affair with property with homeownership. So, it stands to reason we’ve also always loved the fashionable trends in home furnishings, accessories and technologies.

World War II was a line in the sand for housing being a creative outlet for many Australians. As we became more affluent, we embraced ‘house fashions’ that were evolving all over the world. 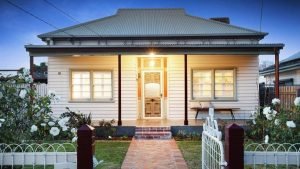 The weatherboard workers’ cottage originated in the areas where most workers resided at the time – the inner city. Weatherboards came about during the 1850s, following the advent of steam-driven mills, which mechanised the process of producing the boards, making them an inexpensive material. It wasn’t long until weatherboard homes were appearing all over the country. Adorning our houses was clearly limited to incomes, access to materials and world news.

Fashionable weatherboard verandahs could be decorated with cast iron brackets, friezes, or wooden trim. Other features were often applied later, including:

Back then the blocks were self-sufficient and had outbuildings, vegetable gardens, wells, fruit trees and animal enclosures. Gardens were cottage-style. 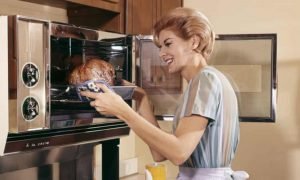 In the 1950s we really got excited about house fashion trends as we became more affluent. The colours were mostly pastels of soft pink, mint green, butter yellow, baby blue, and turquoise.

We embraced wallpaper. No wall was off-limits – foyers, kitchens, dining rooms, bathrooms, and bedrooms. There were more choices for homeowners too:

Knotty pine paneling was all the rage. Many homes showcased paneling for breakfast rooms and kitchen cabinets. 1950s furniture styles offered a lot of choices for home décor looks including:

The upholstery and drapery fabrics featured textures, colours, and patterns, such as tweeds and geometrics. People loved to express their style through this new broad selection of materials.

The 50s bathroom was often a vision in pastel with pops of darker colours. The two most popular bathroom tile colours were pink and baby blue. Mint green, a popular 1930s-bathroom colour, was also still very popular in the 1950s décor. Popular wallpapers for bathrooms included nautical, seashells, flowers, and butterflies.

Bathroom walls and floor tiles remained a status symbol, and white pedestal sinks were popular choices. Darker bathroom accessories were often used to provide contrast and depth. We must also not forget the toilet roll lacey cover! Sometimes our style is out there.

Pastel colours were used for appliances, cabinets, kitchen furniture, and floors in the kitchen. Cherry red became very popular for kitchen décors for those wishing to make a more dramatic statement. The wallpaper patterns used in kitchens were kitchen-oriented – fruit, vegetable patterns and gingham prints.

Fashionable fabrics really showcased in the 60s with amazing patterns. Sofas, chairs and other furniture covered with fabric truly portrayed the 1960s revolution that was coming. The fabric was wild and influenced by the hippie movement and psychedelia. Paisley became hugely popular for sofas and chairs. Indian prints and patterns derived from Moroccan bazaars also became popular.

Bean bags and pod chairs influenced by space-age designs often focused on the unusual shapes caused by orbits and lack of gravity. Focus on moulding institutions to fit people, rather than the other way around. Both are reflected in the popularity of bean bag and pod chairs

Bright colours of avocado and mustard were popular for appliances. Mix and match – of bright tangerine, say, and even brighter red with aqua accents – is a signature statement of ‘60s décor.

Shag rugs were in almost every 1960s living room and bedroom. Warm, high pile rugs were a defining décor in the decade.

Lava lamps were another defining look of the 1960s. The colour blobbed into weird shapes reflecting both space-age dynamics and the influence of hippies and psychedelics. Paper lampshades were also popular, including lampshades that deviated from 1950s pastels. 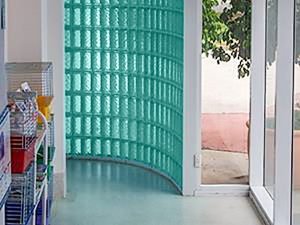 70s style was greatly influenced by the back-to-nature movement. Both a hippie rejection of consumerism and a renewed environmentalism following the 1973 oil crisis fuelled fashions.

The architectural trend of bigger windows and skylights was popular. Indoor gardens and elevated or stacked stone fireplaces were also the height of fashion. While high-tech plastics were obviously big in the 70s, so too was teak and pine furniture.

The 70s may have been the beginning of “open plan living”, with double-height spaces, open planned living and grand entrances. Many homes had massive windows, spiral or “floating” staircases, interior second-floor balconies and vaulted ceilings.

Often the living room was spread out over multiple levels, sometimes with a sunken seating area. Homes were also being designed to accommodate and integrate children into everyday life. Glass blocks were virtually everywhere, from luxe mansions to retro restaurants to high schools. Here, fashion was about having a solid wall that let light through?

Studies and home offices started being built. Kitchens expanded to accommodate more cabinets and countertop space, many kitchens had islands or breakfast nooks, bringing the family into a room once reserved solely for women or staff. 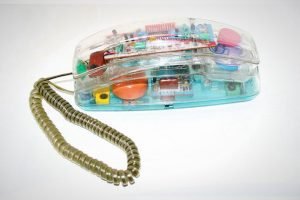 The farmhouse kitchen was a big look in the 1980s. Cook spaces packed out with wall-to-wall pine cabinets were fashionable must-haves.

State-of-the-art stereo with your carefully curated CD collection was essential. As was the stylish CD stand-alone racks displayed for easy access.

Clear glass dining tables defined a modern look and people either loved that look or found it sterile.

Little did we know that land-line phones were becoming obsolete but they had a last hurrah in the 80s with translucent casings that allowed you to see their inner workings – super fashionable. 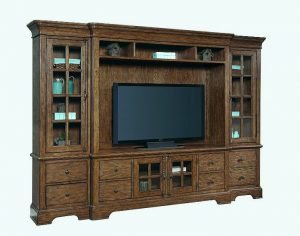 A lot of people ditched colour. It was almost considered tacky to use colour anywhere. Beige was in and it was layered with more beige. This is in serious contrast to the previous eras. Like a lot of fashion, it was almost rebellious to fashions that went before.

As we bought more ‘big’ technology we got a media centre. Cabinets that had plenty of storage for video recorders, big TVs stray papers, videos, and excess books. However, this practical huge piece of furniture often dictated the rest of the room. Today people try hard to hide the big tech altogether.

Dual income households were the norm and more money was spent on beautifying the home. It also seemed to be the end of distinct fashion trends and we began to be nostalgic for past fashions. Many started to embrace fashion that was rejected when it was first introduced – Parker Furniture?

People were buying houses and refurbishing. We fell in love with how we could make old new again – welcome shabby chic. People started to include furnishings and accents from a variety of decades. Indeed, we really became creative in the 2000s.

Painted finishes and chalk paints to update old furniture, combining ornate traditional pieces from the 30s with a bland dresser from the 80s was experimental and very personal.

Feature wall colours were very distinct and bold, creating a dramatic impact in any room.

Brick house facades rendered for a contemporary look making old new was a fashion street statement. Or the opposite – distressing textures, patinas and weathering woods to age a new piece was also a thing. 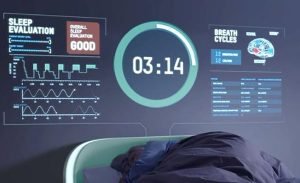 The 2010s were very eclectic. No longer bound by a particular style, instead, there appeared to be no benchmark style at all.

House fashion became more conscious, more engaged, more exciting, more democratic, more individualistic. It was applied in so many new ways to so many new challenges.

Some people liked retro, others liked traditional or minimalist or Scandinavian. There were no rules or styles people conformed to but functionality seemed central.

We like spaces for adults and kids and teenagers. Separate space is valued and we also created work, leisure, garden and technology hubs in our homes.

Butlers’ pantries, walk-in robes, ensuites, technological work-stations fashionably fitted out and must-haves. Covid 19 has impacted our work lives too, so more of us work from home. External rooms stylishly designed inspired by beauty, functionality, and fashion.

Fashion says something about us. It projects personalities and tells the world a story about people without a word being said. Make no mistake our homes are fashion statements and we love to express ourselves through the property.