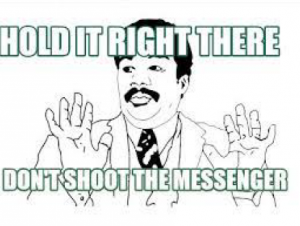 Underquoting? Or are news outlets profiteering by creating stories when news is ‘slow’ is a question we need to ask. The ‘Agent’s Under Quoting’ stories that get trotted out every time there is no sensationalist news is a winning formula for many news outlets. Real estate agents acting badly arguably raises interest in Australia. When agents are the prime villains and the public are the victims, you have a great story.

Media outlets are very keen to report at nauseum about real estate agents underquoting and causing untold grief to buyers and markets. However, journalists aren’t so keen to tell the world how much they need sensationalist stories when news is scant or how much destruction they cause to an entire industry after they damage credibility.

The underquoting villain stories damage the reputations of agents that don’t underquote and don’t want penalties or negative press for their businesses. Agents need to be liked, respected and known for their good practices. Every time these unbalanced stories emerge potential clients are fearful of an industry that is known – more through sensationalist reporting – for its unscrupulous behavior. 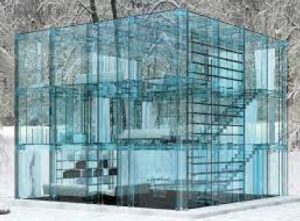 The journalist’s creed is to ensure truthfulness, accuracy, objectivity, impartiality, fairness, and public accountability. Well, this code deserves the spotlight too. Several underquoting stories lack all of the creed and no accountability. The accuracy of agents underquoting and driving prices up is really debatable. Low-interest rates are arguably the driving force on prices currently, not agents. Ironically, it’s the news outlets that may affect prices – now we are hearing the rates might go up.

‘Interest rates are going up’ stories are having an immediate effect on the market. The very group that ‘exposed’ the damaging practice of underquoting on buyers is not taking responsibility for buyers retreating and negatively affecting vendors. It is also ironic that agents actually can provide evidence of the impact of that reporting. Auction clearance rates, finance data, buyer volumes at open homes and the time the changes occur are recorded. Moreover, the rate rises are a few years off but we will be hearing remodified versions on the same news when there is little to report. Generally, these stories scare people and create interest in topics people love to hate.

However, just like the agents can’t make people buy property the news reports aren’t making buyers retreat or making the prices fall – it’s the markets. The media will have little impact on the reduction in sales because of another dynamic ignored in the reporting – human agency. The desire to do what you want is huge and stretching beyond one’s means applies in many life situations.

Buyers generally see many properties before they buy, they absolutely know underquoting when they hear it – especially now. Moreover, no one would or could blindly pay thousands over reserves set without finance arranged so how are agents making that happen? When making these claims journalists should provide evidence but many commercial and state media organisations produce underquoting stories with poor examples to illustrate weak points.

On 15th Nov the ABC 7.30 Report aired one such program.  Buyer’s Agents and frustrated buyers complaining of agents underquoting. However, there was little evidence that underquoting was the driving factor and not the low-interest rates or people’s desire to purchase a property. One could argue the media was doing the very thing they accuse agents of – exploiting what people like to hear.

The 29 agencies that were investigated would have been complaints lodged. It unlikely a report would be commissioned for only 29 agencies. However, The Real Estate Institute Victoria (REIV) spokesperson said the REIV alone has over 5000 members – so that 29 is a very small proportion. The REIV spokesman correctly stated that these practices are corrupt and that these agents should be outed because they are damaging the industry.

The percentage of agents underquoting was given but no comparison to unscrupulous behaviour in all industries using pricing as a market signal was offered. Indeed, the number of those dishonest practices should be compared to all industries for fairness. What if agents are found to be more honest than other industries could that signal the end of cheap media shots at real estate agents? Indeed, many would be interested in the media industry’s dishonest practices and its reputation for behaviour that negatively influences consumers.

Buyers on the program made offers and were told the offers were too low – people have a limit to what a property is worth. If the sales proceeded does this suggest other buyers were meeting the market? Did the successful buyers think there was underquoting? The buyer’s agent that stated the legal measures were inadequate was not asked and did not comment on what his work was like when the market favours buyers. People do pay ridiculous prices for all products and services on earth if they really want something.

The 7.30 program was based on ‘events’ in Victoria and agents must prepare a Statement of Information in an approved form, for each residential property they are engaged to sell, regardless of whether the property is advertised for sale.

The Statement of Information must be:

The Statement of Information must include:

An indicative selling price for the property. This may be a single price or a price range of up to 10 per cent. It must not be less than:

In a state with strict transparent laws, the few agents out of thousands suggest the laws work. 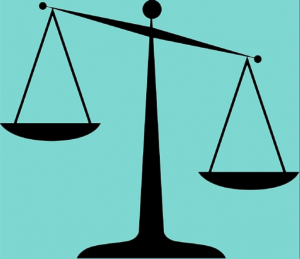 It would have been interesting to know where this underquoting was and whether it was concentrated in one area or throughout Victoria. It is important to create balance when reporting but then there is no fun/money in that, well here is some balance: 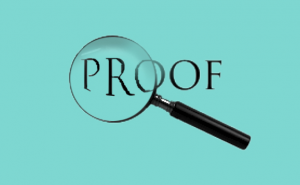 The saying don’t let the truth get in the way of a good story rings true here. The truth is there is no real estate stock and buyers are outbidding themselves. Agents at this time can’t predict what people are prepared to pay. Currently, prices agents are estimating often come with the caveat ‘we actually don’t know what the market will do on the day. Everyone is shocked about the prices people are paying – including the agents. Underquoting is not necessary now because there is a glut of purchasers and low stock. Another truth is that many people are not listing their property because they can’t afford their next move and that is creating a shortage.

Clearly, journalists need crises to dramatize news and public outrage. Agents are the perfect baddie for their story when people feel frustrated in real estate. That winner story is inaccurate, unethical and misleading. This news favourite is trotted out for an up-kick in media sales. Tales of manipulation, mythmaking, and self-interest are how many news outlets make their money. Moreover, these media outlets often walk away unharmed if the story is incorrect, inaccurate, or an outright work of fiction. The harm they leave to all real estate agents is not their problem. How ethical is that?

Many of these fabrications have no respect for the facts. Journalists extoll the right of the public to hear the truth and that trust is paramount in the honest collection and publication of news. However, many of these stories do not provide statistical, geographic, legal, or economic data to support their allegations. Indeed who is really profiting from these ‘public interest’ stories?

Surely if journalists are reporting that an industry is causing that much economic destruction – effectively making homeownership unattainable – they should back it up. Not one story in one suburb or even ten properties in ten suburbs, collated data that demonstrates that real estate agents are the cause of people being priced out. For agents, it is infuriating because the truth is the vast majority of agents are honest working people being portrayed as economic demons.

The journalists say ‘don’t shoot the messenger’ because they should not be blamed for the sometimes horrible messages they deliver. Well, agents could now say don’t shoot the agent for the prices people want to pay.