Why aren’t the vendors dropping their prices? Its all about the suburbs. You’d think that with all the doom and gloom about employment and the mass exodus from the city to the regions vendors would-be off-loading properties left right and centre -but they are not. Well that’s because not all suburbs are the same.

Not all suburbs are the same

Every suburb has a different story and many home buyers are wrongly thinking that around the corner there will be a desperate vendor ready to drop their price. This strategy is profoundly floored because some suburbs have very established residents. Whilst you might be hearing the news about price drops, a vendor with a small mortgage is not the same as say a highly stressed investor.

There has been a lot of reporting on the lack of real estate stock during Covid. Vendors are not selling and that can mean they are not selling because they don’t have to and the lack of listings creates a demand and tells other vendors that the prices are holding. Buyers are also often taking their time to buy waiting for a better deal to pop up – but that is not happening. 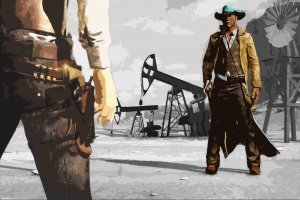 This sort of looks like a stand off where vendors won’t budge and purchasers are waiting for it all to collapse in their favour. Well it is actually extremely rare to pick up bargains in established suburbs because you won’t be the only buyer that wants a bargain or the amenities on offer.

CoreLogic reported that over the month of May, dwelling values in the top quartile of the Melbourne market (dwellings worth $959,500 or more) had fallen by 1.3%, compared with a 0.6% decline across the middle of the market, and a 0.3% decline in the lowest value quartile and Sydney its own dwelling values. What the graph doesn’t show is exactly what houses and in what streets – that will never be known. Assuming the quartiles are homogenous is wrong and unfortunately people only see drop and make assumptions.

Playing the waiting game when you don’t have all the information is a recipe for disappointment. If you wait and the market takes off again not only did you miss the ‘bargain’, you generally can’t save as fast as the price rises. Instead you need to focus on the economic variables that drive the area you are interested in and what they mean for buyers and sellers. These variables include:

Buying in an area that has strong variables will enable you to build equity and resilience through peaks and troughs.

If you are a buyer and sellers don’t seem to be budging, its primarily because they have strong variables that are in demand. Clearly, sellers won’t budge much when they are holding all the cards – no matter how bad the media reports a down turn.

Selling in a depressed market may seem counter intuitive and may influence your timing. However, Covid is affecting everywhere and it is likely where you are going is as affected as where you are selling.

The take away for buyers and sellers during Covid is to know what is on offer and have a long-term strategy that secures your future rather than gambling on possible vendor desperation or perfect market conditions that may never eventuate.